Black women are making telling contributions to the aviation sector, an industry which is largely male-dominated. The number of women working as pilots keeps rising and the interesting thing is these black women are now calling the shots in the industry. Apart from owning some of these airlines, these women are also managers and operators.

Sherrexcia ‘Rexy’ Rolle is one of the youngest women to take up this role. Coming from a small town called Mastic Point, Andros in the Bahamas, the 29-year-old is the Vice President of Operations and General Counsel for Western Air, a Bahamas-based black-owned aviation business.

Even though the company was founded by her parents – Rex and Shandrice Rolle, Rexy has been holding the fort for the business which started in 2001. The company has since expanded thanks to Rexy. With a net worth of over $90 million, West Air is one of the largest privately-owned airline company in the Bahamas.

In an interview with baucemag.com, Rexy says her parents started the airline after realizing that some people in certain islands were finding it difficult to travel around as they would want to.

“Even though we have a very efficient government airline in the Bahamas, there were certain islands that were not being targeted for our consumers to have a convenient way to travel. This is where our airline comes in and once we recognized those gaps in the market, we were able to convince our investors why our airline is needed,” she said. 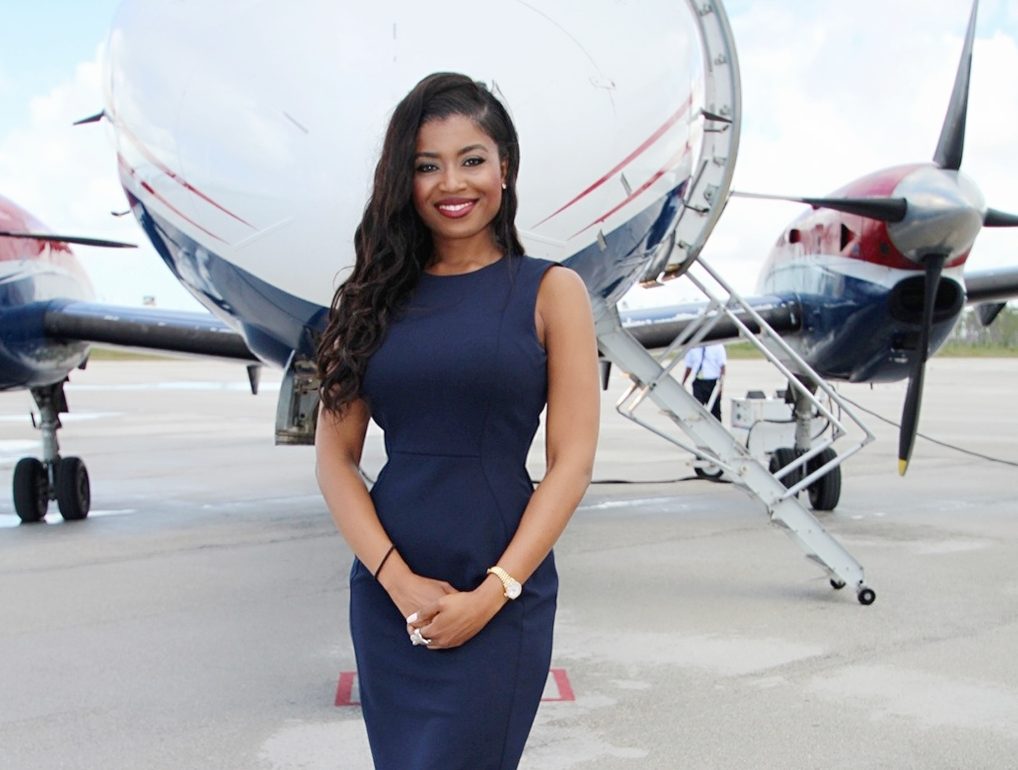 Rexy’s parents did not have it easy setting up the airline though. Her father who was a pilot at the time and her mother had to save money and do research with various aircraft brokers.

“My parents were eventually fortunate enough through faith, their persistence and dedication in their business plan to [receive offers] from two aviation investors from the U.S. From that moment moving forward, Western Air Limited was a dream that is now a reality,” she explained.

Touching on some of the challenges the company faced when it started operating, Rexy said their major issue was time management and delays. What the company did was to find out why these issues were happening and come up with an amicable solution.

“Once my team and I began fine-tuning arrival and departure times, our performance began to improve. Our ticket sales increased also,” she explained.

Currently, there are various black women holding senior-level positions in so many companies but the worrying issue of sexual harassment and discrimination still persist. Nevertheless, Rexy has been making strides in her field.

“The minute I sense a meeting has turned beyond the level of business, I shut it down immediately. I learned that if you want people to take you seriously, especially in this industry where I have to constantly negotiate claims and deal with serious regulations, you must be confident in what you know and only do business with people who are focused on the mission in sealing the deal,” she explains.

Western Airlines has been increasing its routes across the Caribbean, and now has direct flights to Haiti, Cuba, and Jamaica.

For now, the company will be increasing its online and social media presence to increase its awareness and promote its services internationally, Rexy says.