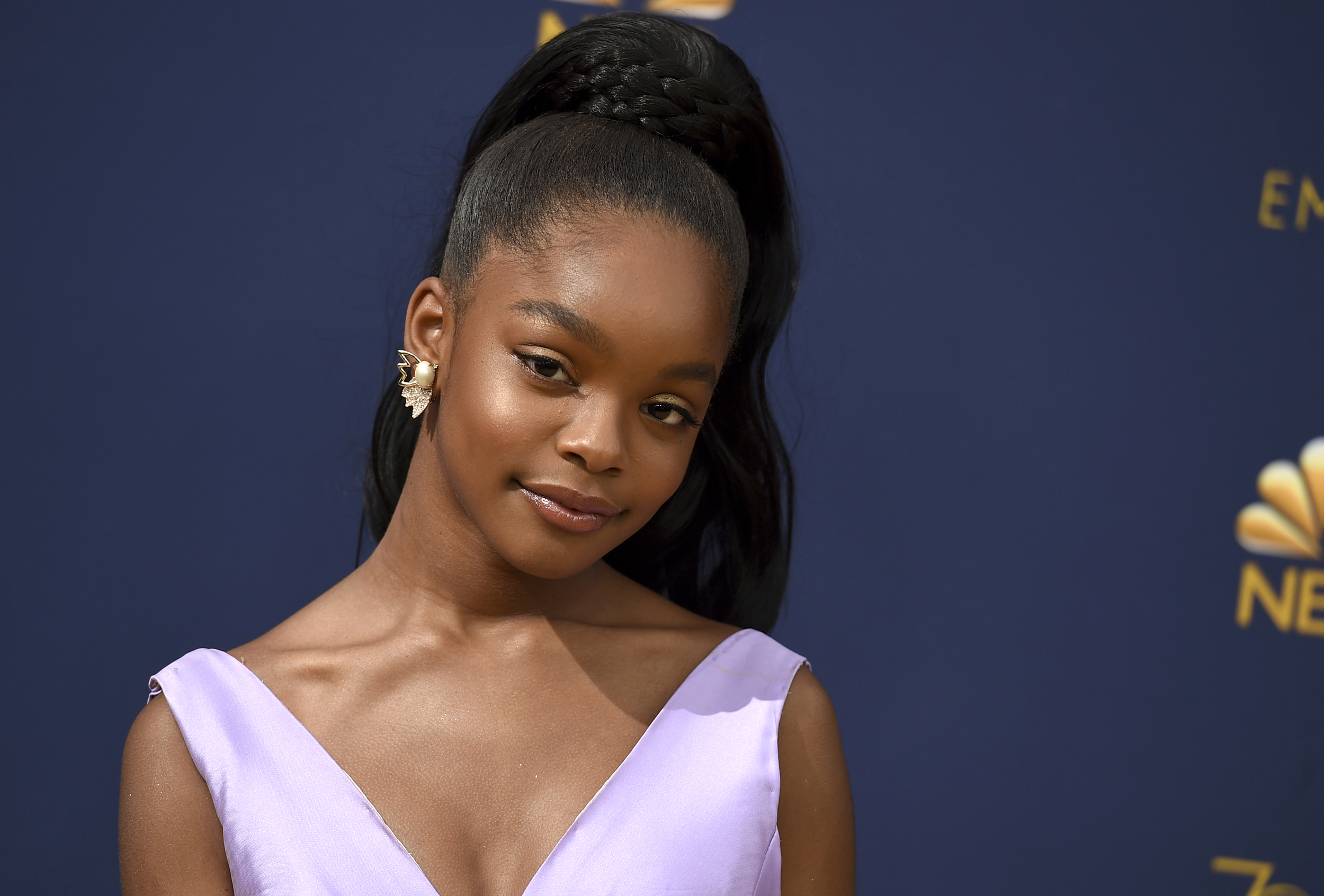 Marsai Martin is officially a Guinness World Record holder for being the youngest Hollywood executive producer!

The 16-year-old actress won the title for her film Little, which was released in 2019. Although Martin is now 16 years old, she technically broke the record in 2019, as a result of her work on the film “Little.” She just wasn’t presented with this award — and officially declared a record-breaker by Guinness — until now.

Along with producing, Martin also played a lead role in the film alongside actors Regina Hall and Issa Rae. In “Little,” a tech entrepreneur, played by Hall, wakes up in the body of her former 13-year-old self, played by Martin.
Martin reportedly pitched the idea for the film herself to “Black-ish” producer Kenya Barris, who also served as one of the producers of “Little,” when she was 10. After the pitch was accepted, Martin signed a deal with Universal Pictures, developing scripted projects, in 2019.
Although she was not presented with the award until this year, the record acknowledges that she was 14 years and 241 days old when “Little” was released.
“She is not only tremendously talented in front of the camera, but offers a unique perspective as a creator and producer that will resonate with all audiences,” Peter Cramer, president of Universal Pictures, said in a statement to CNN.
Martin will appear in the 2021 edition of the physical Guinness World Records book. In the meantime, Marsai’s production company, Genius Productions, is currently working on another film, “StepMonster.”

“Y’all…I done broke a record ? What an amazing honor. Who knew Little would be historic? Huge thanks to Kenya Barris, Tracy Oliver, Tina Gordon, Will Packer, James Lopez, and our WPP team … Thank you to our dope friends at Universal. Eric Baiers, Peter Cramer, Donna Langley, and my wonderful creators Momma & Daddy for making my dreams come true over and over again,” she wrote on Instagram.

“To be able to create a film, star in it, be with your favorite stars, and actually seeing that entire experience was so amazing,” Marsai said. “It was so fun and so exciting because with my mind, I always want to create things that make me happy and that I would actually imagine myself doing or being a part of. With those types of ideas that I have, it’s insane when it actually comes into fruition.”

“I was very shocked for sure. For me, I could have never imagined being a part of something like this, I am so beyond grateful to be part of it,” she said about being in the “2021 Guinness Book of World Records.