Desmond refused to give up seat at N.S. movie theatre in 1946, years before Rosa Parks’s act of defiance.

Viola Desmond, a woman who stood up for the rights of black people in Nova Scotia and went to jail for it, was honoured Thursday as a new $10 bill featuring her image was unveiled.

The vertical banknote was unveiled by Finance Minister Bill Morneau and Bank of Canada governor Stephen Poloz during a ceremony at the Halifax Central Library.

But it was Desmond’s sister, Wanda Robson, who was given the honour of formally revealing the design of Canada’s new $10 bill, pulling a black cloth off a blown-up image of the banknote before being handed a wallet-sized version.

“Is this mine?” she asked Morneau, who then offered to hold it for her, prompting the 91-year-old to joke: “You’re not getting it.” 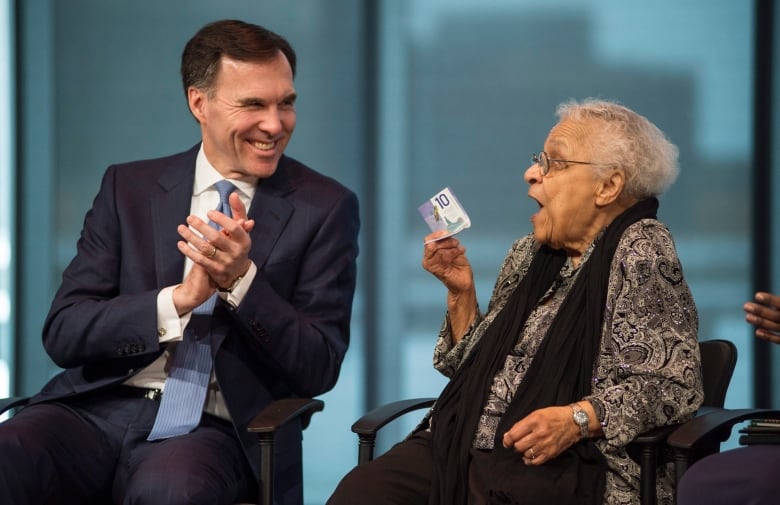 After the unveiling, Morneau took the podium.

“I want to start by saying that you need to know that this note is not yet in circulation until the end of the year, but Wanda is keeping hers,” Morneau said, smiling. “It tells you about the balance of power in this country.”

The bill also features an image of Winnipeg’s Canadian Museum of Human Rights, as well as part of the Charter of Rights and Freedoms. It should be in circulation by late 2018.

Desmond played a seminal role in Canada’s civil rights movement when, on Nov. 8, 1946, she went to see a movie at the Roseland Theatre in New Glasgow, N.S., while her car was getting fixed.

Desmond, 32, was dragged out of the theatre by police and jailed for defiantly sitting in the “whites only” section of the film house. At the time, black people could only sit in the balcony.

The civil rights activist was convicted of defrauding the province of a one-penny tax — the difference in tax between a downstairs and upstairs ticket — even though Desmond had asked to pay the difference.

She was released after paying a $20 fine and $6 in court costs. She appealed her conviction but lost.

Desmond is often described as Canada’s Rosa Parks, even though Desmond’s act of defiance happened nine years before Parks refused to give up her seat on an Alabama bus.

Desmond’s trailblazing efforts received little attention until recent years, but her legacy is being increasingly recognized. Her name now graces a Halifax Transit harbour ferry, a Canada Post stamp, and there are plans for streets named in her honour in Montreal and Halifax and a park in Toronto.

She is the first black person — and the first non-royal woman — to appear on a regularly circulating Canadian bank note. (The Famous 5 and Thérèse Casgrain appeared on the $50 bill between 2004 and 2012, and Agnes MacPhail, Canada’s first female member of Parliament, is one of four people currently featured on a commemorative $10 bill created for Canada 150.)

“It’s a long-awaited sense of belonging for the African-Canadian community,” said Russell Grosse, executive director of the Black Cultural Centre for Nova Scotia.

“The launch of the bill sends people of African descent the message that Canada is finally accepting us. We belong.”

According to the Bank of Canada, Desmond’s court case was the first known legal challenge against racial segregation brought forward by a black woman in Canada. 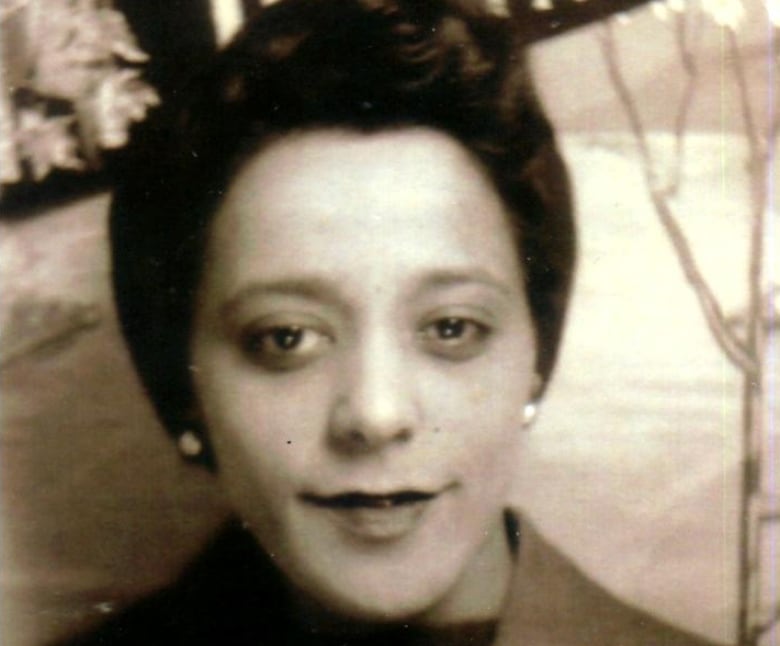 It took 63 years for Nova Scotia to issue a posthumous apology and pardon to Desmond, who died in 1965. (Wanda Robson)

Segregation was legally ended in Nova Scotia in 1954, in part because of the publicity generated by Desmond’s case.

“Viola Desmond carried out a singular act of courage,” said Isaac Saney, a senior instructor of black studies at Dalhousie University. “There was no movement behind her. She was ahead of the times.”

It would be 63 years after her conviction before Nova Scotia issued Desmond, who died in 1965, a posthumous apology and pardon.

Robson said the artist did a “terrific” job of portraying her sister’s likeness but added the picture could not do justice to the strength Desmond carried within her.

“She was honest until it hurt,” Robson said. “That’s who she was. That’s how she got where she was, by her persistence.”