Nollywood is considered the second fastest growing movie industry in the world ahead of Hollywood and just behind Bollywood. The industry which is worth more than $800 million produces 40 new movies every week and over 2000 movies in a year. Asides from being a booming industry, the production quality of movies in Nollywood has taken a visible improvement. It has produced top-notch movies like Figurine, Phone Swap, October 1 and Wedding Party just to mention a few.

Just like how the industry has continued to produce quality movies, it has birthed brilliant, intelligent and talented actresses like Omotola Jalade, Genevieve Nnaji, Rita Dominic, Ini Edo and Uche Jumbo amongst others who have grown to be very influential in their various fields.

Just like how these actresses have flourished in their careers, Nollywood is nurturing a new set of actors known as the millennial actors. These actresses are between the ages of 25 to 35 years and are steadily conquering the industry.

Below is a list of top 5 millennial Nigerian actresses breaking grounds and gradually becoming influential.

Beverly Naya: Known for her eloquence  and unique voice which makes her standout, Beverly Naya is a 29-year-old Bristish Born Nigerian T.V and stage actor. She has starred in movies likes Forgetting June, When Love Happens, Suru’Lere, The Wedding Party just to mention a few. In 2010 she won the award for The Most Promising Talent Category at the Best of Nollywood Awards. She also won the 2011 City People Entertainment Award for Fast Rising Actress.

Beverly Naya is also a brand ambassador for Dark and Lovely and an activist for black women. She founded a campaigncalled ‘FiftyShadesOfBlack’ which was created to empower black women and girls to love themselves. 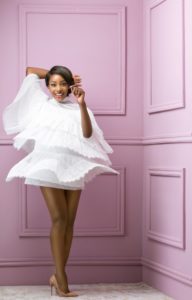 Dorcas Shola-Fapson: Twenty-Seven year old Dorcas Shola-Fapson is an actress, host and radio presenter. Born in North London, Dorcas has a degree in criminology and is popular for her ability to imitate accents of people from different countries. She is popular for her role in MTV’s TV series  Shuga where she played the role of Sophie. She has also acted in movies like Castle and Castle, My wife and I and Banana Island Ghost.

Nancy Isime: Is a 27-year-old Nigerian actress, model and media personality. Known for her ability to subsume any role, Nancy is considered a breath of fresh air because of her uniqueness and the versatility she brings to our T.V screens. She is currently the host of HipTV’s Trending and has featured in movies like A Trip To Jamaica, Hire A Man, Disguise and Jonny Just Come. In 2009, she won Miss Valentine International Beauty Pageant. Nigerian film director, social commentator and essayist Charles Novia described her as ‘natural and effortless‘ actor. Definitely Nancy Isime is one face to look out for in the future. 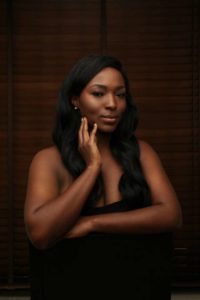 Meg Otanwa: Beautiful Nigerian actress Meg Otanwa hails from Benue State and is known for her intense performance on stage and T.V which she has used to capture everyone. The dark beauty holds a degree in English from Ahmadu Bello University, a Master’s Degree in Human Resource Management and MBA Training from University Jean Moulin, Lyon France. Meg Otanwa who has a mastery of five languages broke into the industry in 2011 where she acted in the movie ‘I Will Take My Chances.‘ In 2017 Meg Otanwa won the 2017 Africa Magic Viewers Choice Award in Best Actress in a movie category for her role in the movie ‘Derailed‘. So far, she has acted in Feast of Souls, Ratnik and road To Yesterday just to mention a few. 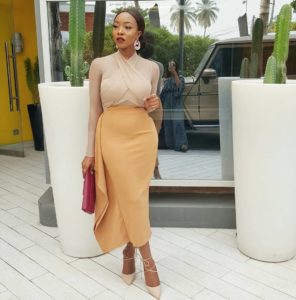 Ini Dima Okojie: Is a Nigerian actress with strong fashion sense and was formally an investment banker. She broke into the movie industry in 2014 where she played the role of Fisayo Pepple in Television series Taste Of Love. She was listed as one of the best seven Nollywood actress for 2017 by Pulse and has acted in movies like It’s Her Day, The Royal Hibiscus and North East.

We are certain to see more from them this year.