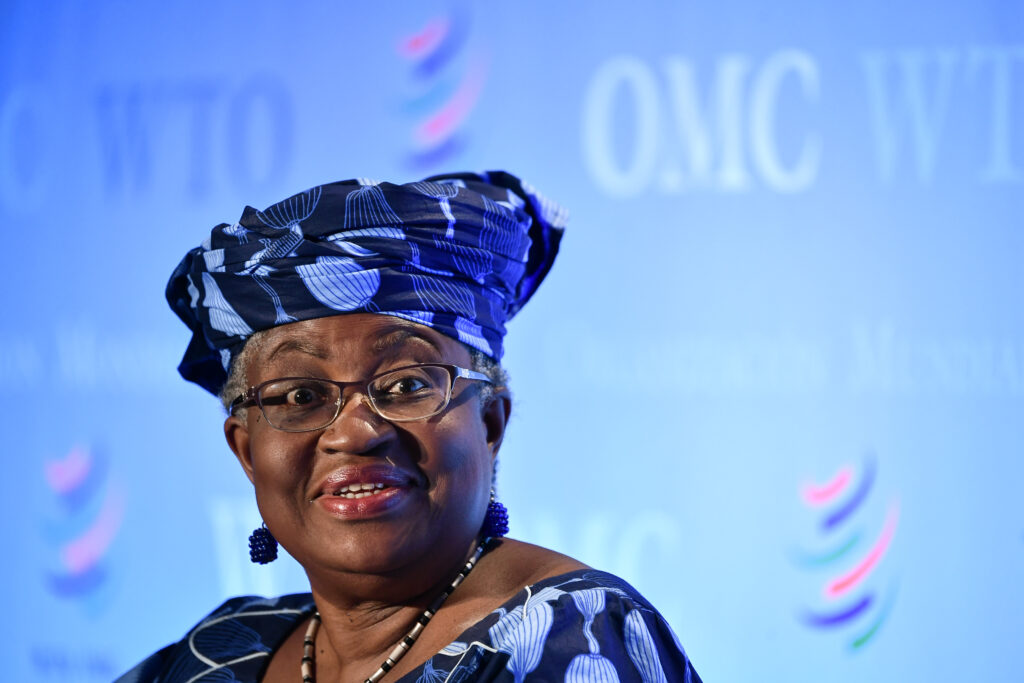 The candidacy of Nigeria’s former Finance Minister, Dr. Ngozi Okonjo-Iweala for the office of the Director General of the World Trade Organisation received a boost Monday as Graca Machel, a highly respected global figure and wife of Late Nelson Mandela, and other influential African women have come out to support her bid.

Okonjo-Iweala, who is Africa’s candidate for the WTO topmost position, is one of the two remaining candidates in the final lap of the race. Her only challenger is South Korea’s Yoo Myung-hee.

The women, in a statement addressed to WTO member states, made a strong case for the global trade body to elect the former Nigerian finance minister as its first female head since 1995 based on her clear status as the best candidate in the race.

“As African women in the business community, we stand behind Dr. Ngozi Okonjo-Iweala in her bid to become Director-General of the World Trade Organisation (WTO). If appointed director-general, Okonjo-Iweala would be the first African person – man or woman – to lead the WTO,” they said in the statement titled “A Call to Elevate Africa’s Voice on the Global Stage.”

Noting that “by 2050 one in eight people in the world will be an African woman”, the women group stated that the interest of the African woman, the continent and world trade would be best served by Okonjo-Iweala’s emergence as DG, WTO.

Noting that her victory would also represent a positive landmark within the WTO as an institution which needs to improve its track record in gender representation within its ranks, the group said, “Today, the number of women chairing WTO bodies, panels and working groups and representing Members and Observers to the WTO is considerably lower than that of men.

“Dr. Okonjo-Iweala’s appointment would signal not only a milestone in gender diversity but also be a watershed moment for Africa… Recognizing the future ahead, now is the time to ensure that African perspectives – especially African women’s perspectives – are represented on the global stage.”

The group also believes that the election of the former World Bank managing director will help the WTO which has been effectively paralyzed in recent years by US-China rivalry to catch up with and maximize key regional trade landmarks like the African Continental Free Trade Agreement (AfCFTA) in the interest of the continent.

This, they stated, is an imperative in a world where protectionism is increasing at the expense of globalization because Africa has a strong stake in the realization of the multilateral vision which has animated Okonjo-Iweala’s career.

“As the world becomes more protectionist, Africa is showing its commitment to using trade to accelerate development. Regional trade agreements like the African Continental Free Trade Agreement (AfCFTA) are modern and at the cutting-edge, but WTO rules have fallen behind. Under her tenure, Dr. Okonjo-Iweala will ensure that the rules take into account rapidly growing areas like the digital economy and services trade,” they said.

The further stated that Okonjo-Iweala’s highly anticipated victory would be a win-win for Africa and the world both in terms of expected substantial accomplishments and powerful positive symbolism.

“We urge the WTO member states to recognise Dr. Okonjo-Iweala as the best candidate for Director-General not only because of her vast experience leading national and multilateral agencies and initiatives but also because of her vision. At a time in which the world requires an innovative approach to tackle the challenges of recovering from the COVID-19 pandemic, Dr. Okonjo-Iweala adds a fresh perspective not only as a female candidate but as an African woman. Given the region’s growing population, her appointment will be a profound step forward for free trade,” the said.