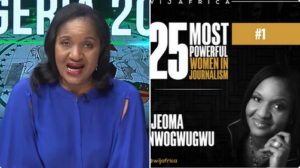 Last week was an exceptional one for women in Nigeria. From Nollywood royalty, Joke Silva celebrating her 60th birthday and 40 years in the movie industry to media mogul Mo Abudu bagging the prestigious Most Influential People of African Descent Award.

Which were you most excited about?

On Wednesday 29th September, Nollywood royalty, Joke Silva celebrated her 60th birthday and 40 years in the Nigerian movie industry with stunning pictures and emotional posts on Instagram. She also informed the public of her soon to be published biography titled #40at60 currently in the works.

On her verified Instagram account, she wrote ” Numbers are very important to me, so this year, as I turn 60, I also mark forty years in the industry I love. #40at60

Shout for joy to the Lord, all the earth. Worship the Lord with gladness; come before him with joyful songs. Know that the Lord is God…”

It has been an incredible journey and I thank you all for your endless love.”

The Board of Directors of Ecobank Nigeria announced the appointment of three non-executive female directors who have distinguished themselves in their various careers. The new directors include Mrs. Bola Adesola, as the Chairman of the Board, while Mrs. Titilayo Olujobi and Mrs. Bimbola Wright are non-executive directors.

According to the board, the newly appointed directors will be bringing with them a wealth of experience in the financial services industry, professionalism, and integrity.

On the just concluded Flourish Africa 2021 Conference themed Mental Health: Keeping Stable in an Unstable World, the founder, Apostle Folorunso Alakija reiterated that for the next 5 years, 2500 female entrepreneurs will be trained and 500 will receive grants from the $2.5M pledge.

Following the event ceremony of the 76th UN General Assembly, the United Nations Year for the Creative Economy at the EbonyLife Place in Lagos Nigeria, Africa’s answer to Oprah and media mogul Mosunmola Abudu popularly known as Mo Abudu was awarded the Most Influential People of African Descent Award.

In a statement, MIPAD Chief Executive Officer, Kamil Olufowobi, said “With the declaration of 2021 as the International Year of Creative Economy by the United Nations, MIPAD’s Recognition Week 2021 will celebrate high achievers of African descent who are using creativity to uplift and change the narratives for people of African descent worldwide.”

“MIPAD working in support of United Nations and partnership with a leading global media company like WarnerMedia sets the stage for us to further amplify global black narratives to showcase the many untold stories of our struggles and triumphs in every corner of the world, sometimes in unexpected places and high positions,” he added.

WiJAfrica, a global gathering of leading women in the media, unveiled its 2021 list of Most Powerful Women in Journalism in Nigeria.

Arise TV MD, Ijeoma Nwogwugwu, again was named the second time as the most powerful female journalist in Nigeria.