Human rights lawyer Meaza Ashenafi was sworn in Thursday as the head of Ethiopia’s Supreme Court by the country’s parliament in a wave of appointments for women in top government positions.

Prime Minister Abiy Ahmed nominated Meaza, the country’s chief of staff announced. The Ethiopian leader has pushed for more female representation in his Cabinet.
“She brings a track record of competence and relevant experience to the role,” Abiy’s top aide, Fitsum Arega, said on Twitter, adding that her position signalled the country’s move toward “gender parity” in key leadership positions. 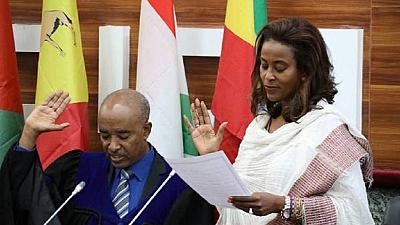 Meaza has been an adviser on gender and women’s rights at the UN Economic Commission for Africa based in Ethiopia’s capital of Addis Ababa. She founded the Ethiopian Women Lawyers Association and served as a High Court judge.
Meaza’s appointment comes a week after Ethiopia elected Sahle-Work Zewde as its first woman President, a move lauded as setting new standards for female leadership in the African nation. Women make up half of the country’s ministerial positions following a Cabinet reshuffle by Abiy, who leads Ethiopia’s government and policy. 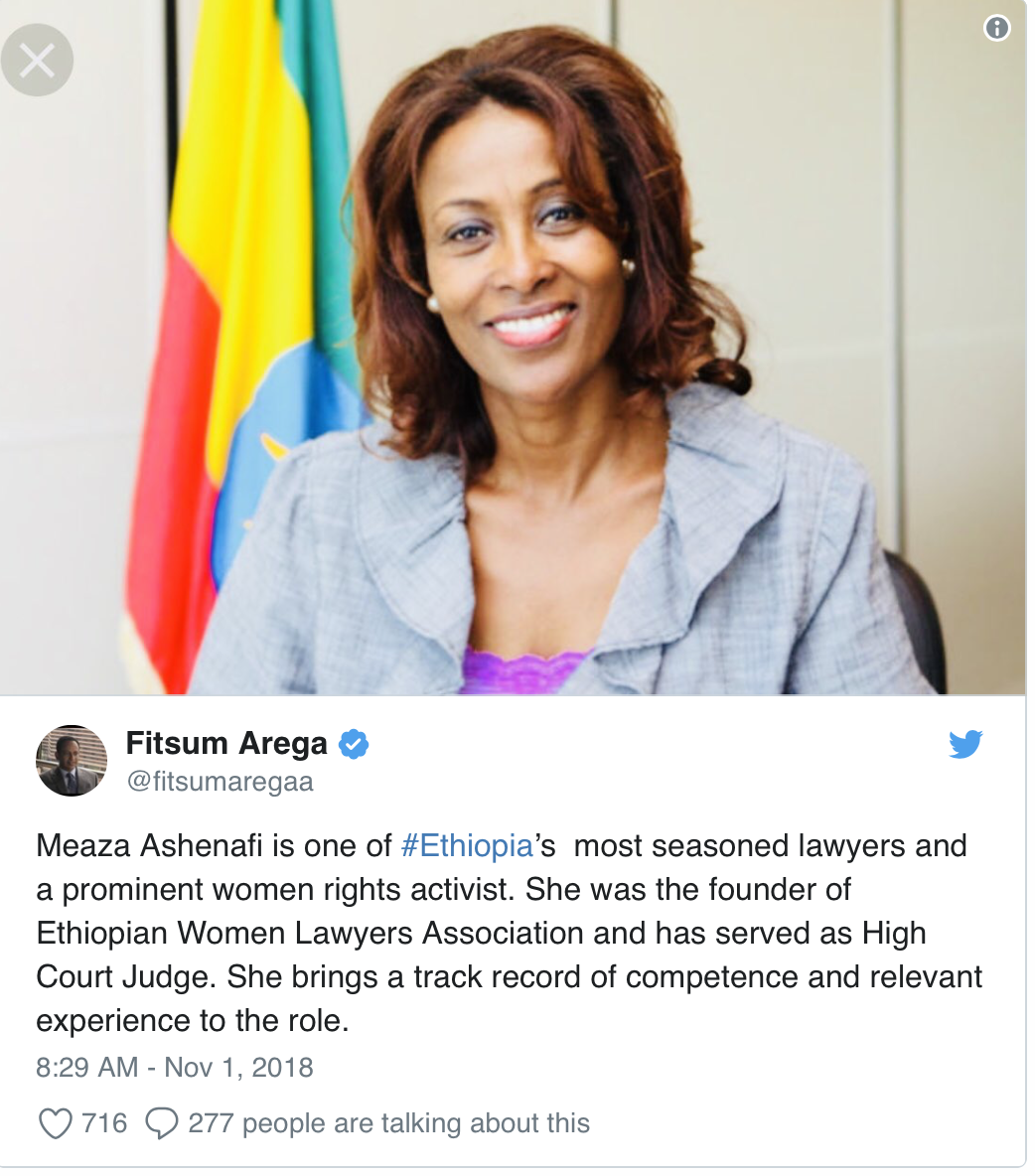