Kristine E. Guillaume was just elected to lead the Harvard Crimson, becoming the first Black woman to serve as president in the publication’s 145-year history. 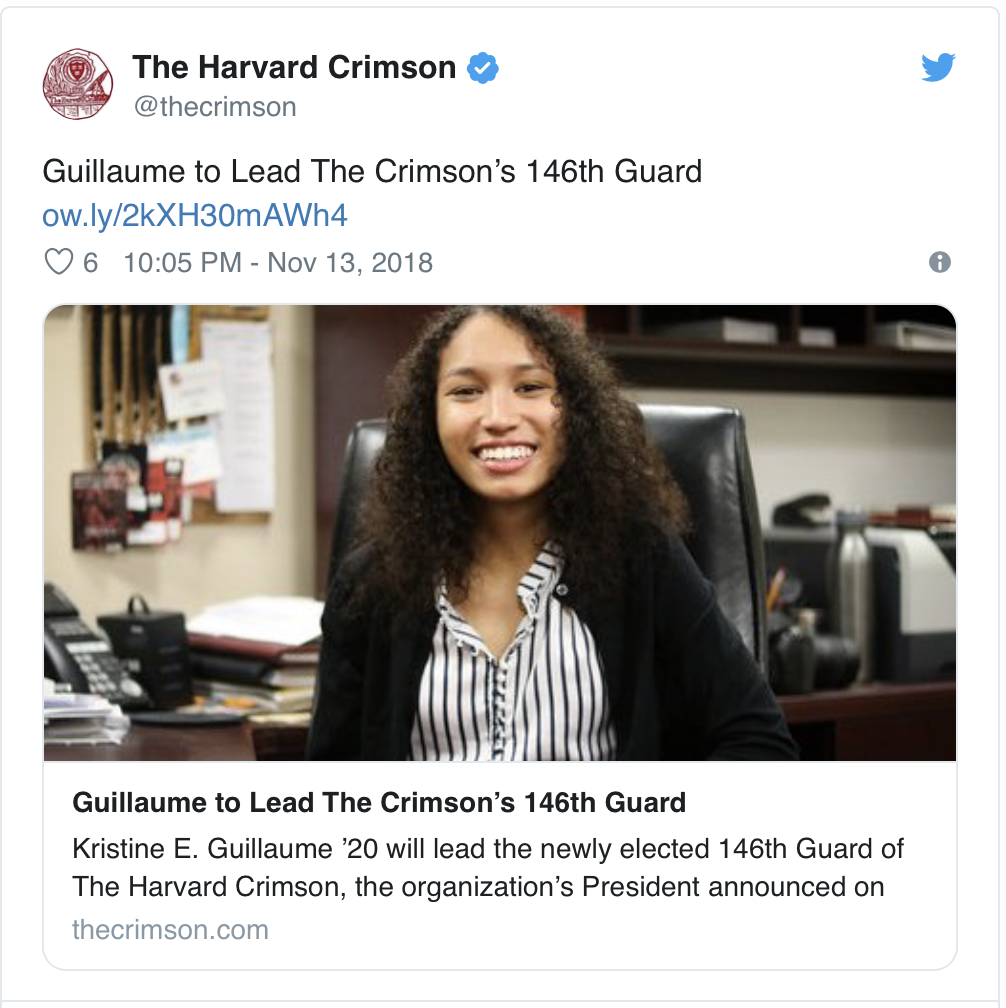 The announcement was made via the publication on Monday.

“I’m definitely proud to be a part of making the Crimson a more welcoming place, and to step into this role as the first black woman,” Guillaume said in an interview with the Boston Globe. “If by taking this role, I help affirm another Crimson staffer’s sense of belonging and ownership over the work that they do, I think that makes all of the hard work worth it.”

Guillaume, a junior at Harvard, will replace the paper’s current president, Derek G. Xiao next year in 2019.

“I have the utmost confidence in the 146th Guard’s ability to carry on our proud mission of covering and informing Harvard and its affiliates,” Xiao said. “I could not be more excited to see the direction the next President, Managing Editor, and Business Manager will take The Crimson in 2019.”

In her new position, Guillaume will work as a go-between the Crimson’s editorial departments and initiatives, while also steering the future direction of the paper in the increasingly difficult media landscape. She will now oversee a paper with 320 staffers.

The Queens, New York native is currently studying African-American history along with history and literature.

Guillaume is one of the Crimson’s noted staff as a central administration reporter. She also serves as a chair on the paper’s Diversity and Inclusion Committee, working to ensure the paper provides a safe space for their diverse staff.

“At Harvard, you’re in a space that was made for white men, so if you’re not the cookie-cutter white man who Harvard was built for, it can be difficult to navigate being here,” Guillaume said to CNN.

The Harvard Crimson was founded in 1873 and is America’s oldest daily collegiate newspaper. Past Crimson presidents include Presidents Franklin D. Roosevelt and John F. Kennedy.