Kristen Gibbson Feden has proved that justice must be upheld and there is no room for ‘sacred cows’ after taking down Bill Cosby in a case of three counts of aggravated indecent assault for drugging and sexual assault against former Temple University employee Andrea Constand. The case first went to trial in June 2017. Feden delivered the opening statement, and the trial ended with a deadlocked jury and a mistrial. Three months later, Feden left the district attorney’s office to join Philadelphia law firm Stradley Ronon but took a leave from the firm to serve as a prosecutor in Cosby’s retrial.

After the mistrial in 2017, Feden says was determined to do all she could to ensure a guilt verdict at Cosby’s retrial. She tells The New York Times that as she prepared to deliver her closing argument, she went back and made additional notes to her original statement. Cosby’s case is Feden’s most notable one to date, and she says she hopes people who have followed the trial will understand that “as much as people like to judge and blame the victims, the victim is already judging and blaming herself.” 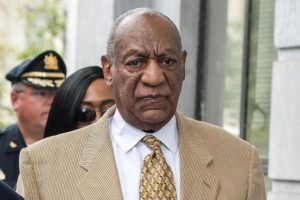 According to her LinkedIn page, Feden first attended Lafayette College in Easton, Pa., where she majored and received a BS in neuroscience. A New York Times interview points out that the New Jersey native had hopes of becoming a doctor, but chose a different path following sage counsel from her sister. After working as a financial specialist at Bloomberg in New York City, she enrolled in law school at Temple University.  Feden joined Pennsylvania’s Montgomery County district attorney’s office in 2012 and soon began working on sex crimes and elder abuse cases – Clearly, Bill Cosby’s case was not her first time trying a sex crime case.

Feden is a mother of two boys and her husband, Nicholas, is also a practising attorney in the state of Pennsylvania. Both attended and graduated from Temple University’s Beasley School of Law.

The verdict was the first legal victory of the #MeToo movement, considered by many to be a watershed moment for survivors of sexual assault, and the woman responsible was 35-year-old prosecutor Kristen Gibbons Feden.