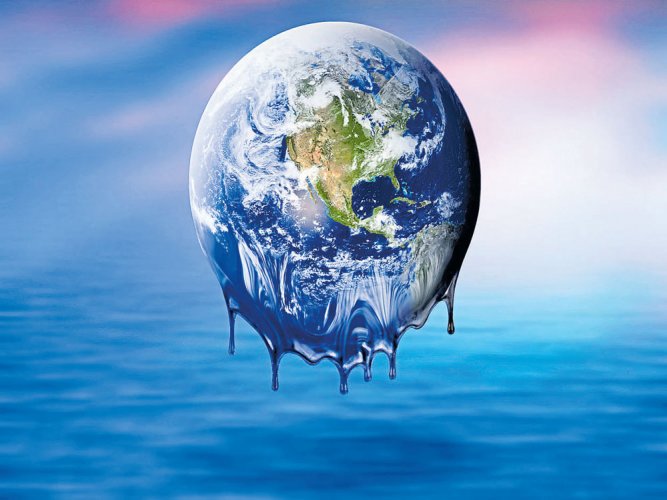 Not wars, but climate change will change the world map in the 21st century, according to a Turkish scientist.

Speaking to Anadolu Agency, Burcu Ozsoy, former head of the first Turkish Polar Research Center (PolReC) at Istanbul Technical University, pleaded people to change their daily habits and direction to save the climate.

“We must determine our direction by changing our daily habits and production techniques as well as creating future predictions based on scientific data. Otherwise, the climate will be the determinant of the new world map,” she said.

Explaining significant aspects of a Turkish documentary, The Black Box of the Planet: Antarctica, recorded in the frozen continent, Ozsoy said it has depicted efforts of Turkish scientists to understand the world’s past climate, and offers hints about what awaits in the future.

Noting that the documentary was prepared as part of Turkey’s fourth National Antarctic Science Expedition last year, she said the highest temperature, the team experienced was just 20.75C (69.35F) on an island off the coast of the peninsula.

In this expedition, 24 scientists, headed by Ersan Basar and coordinated by Ozsoy, attempted to find scientific answers to various mysteries of the frozen continent.

On the way back, the crew also witnessed the melting of a sea passage that had been frozen for a long time, which accelerated their return, but increasing anxiety, she added.

Underlining that all the glaciers in the polar regions may not disappear, Ozsoy said the melting of a few of them will lead to a border change in many regions.

“Therefore, millions of people will have to migrate,” she added.

She said it was sad to witness penguin colonies and whales migrating to southern latitudes in search of food, predicting that humans will experience this situation in the future.

Threat of submergence of cities

Climate change could submerge cities with an altitude below 70 meters as the sea level will rise due to the glacier melting, she said.

The documentary not only brought the polar atmosphere to homes of millions but also explained how the studies in the region will shape the future, she added.

“We have reached awareness among thousands of people through our polar and climate change studies. We underlined the importance of the polar regions to many of our young people and encouraged them to become scientists,” she added.

Praising the efforts of the director Burcu Camcioglu, she said the documentary enabled to reach people in a shorter time in an interesting way instead of using photos, videos, and presentations.

An hour-long documentary was first shown in September in Turkey’s largest technology festival, Teknofest. It is now available on social platforms.

“We have received many e-mails and phone calls since the documentary was released. It motivates us to see the children, youth, and people from different backgrounds want to take part in polar studies,” she added.

Ozsoy, who is also the director of TUBITAK MRC Polar Research Institute, thanked all the team members, who worked under severe conditions.

Since 2016, Turkey has accelerated its scientific investigations in the poles. It is believed that expeditions and researches will help the country’s scientific achievements.

Currently holding observer status, Turkey acceded to the Antarctic Treaty in 1996, which enables participants to have a say in decision-making about Antarctica.