The News Agency of Nigeria reports that a Google Doodle is a special, temporary alteration of the logo on Google’s homepages that commemorate holidays, events, achievements and people.

“Born in Akwa Ibom state on this day in 1960, Christy Essien-Igbokwe was an actress and singer known as “Nigeria’s Lady of Songs.”

“Fluent in her native language of Ibibo, Essien-Igbokwe also spoke and sang in English, Yoruba, and Igbo giving her music a broad appeal across cultural and tribal lines.

“Among her many popular releases, the inspirational record “Seun Rere” became a rallying cry within Nigeria,” Google said.

Google said that she once recalled saying that her childhood was very challenging, she used to have a brother who was a soldier then and was always on transfer owing to the nature of his job.

It said Essien-Igbokwe was orphaned very early and her love of music inspired her to persevere. 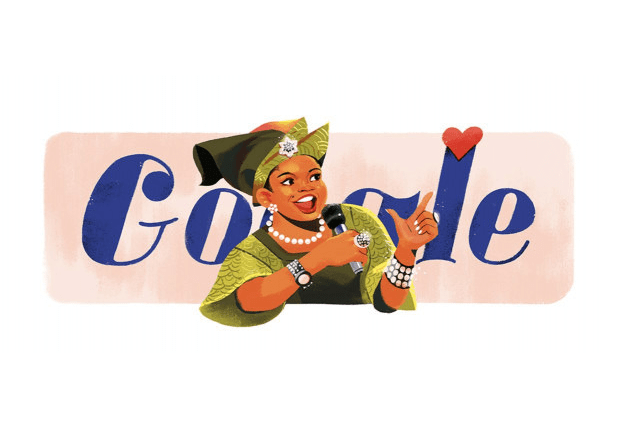 “I didn’t know I could sing until I found myself doing so”, the great artist recalled of her experience being caught up in the spirit of music. “I was like an abandoned child, my condition made me discover myself,” she was quoted as saying.

Google said that from humble beginnings to singing in clubs, she landed an appearance on a televised talent show, which led to a role on the popular TV show ‘The New Masquerade’.

“Essien-Igbokwe released her first record, Freedom, at age 17 and never looked back. Her 1981 album ‘Ever Liked My Person’ became a smash hit. In 1987 the Akwa-Ibom artist recorded a song, “Akwa Ibom Mmi,” which became an anthem of pride for those sharing her heritage.

“Using her fame to highlight social issues, she appeared in the Hollywood films Flesh and Blood and Scars of Womanhood, which addressed the abuse of women and children.

“In 1981 Essien-Igbokwe helped establish the Performing Musicians Association of Nigeria with renowned artists such as King Sunny Adé and Sonny Okosun, becoming the organization’s first female president in 1996.

“She was also a staunch supporter and advocate for the Performing and Mechanical Rights Society, often donating her own royalties to health and education programmes benefiting women and children as well as the handicapped,” it said.

Google said that using the same music that uplifted her to uplift her people, Essien-Igbokwe would go on to perform at 2009’s Inspire Africa Benefit Concert and received many awards in her lifetime in recognition of her contributions as an artist and humanitarian.