If we have ever met. You ‘d know that I always rant about how ‘now’ is the best time to be African. Mind you, there is an unfolding revolution.

From the Wakanda movie which for the first time in history lays an array of black female super-heroines to the increasing awareness of women empowerment to the great giant strides being achieved by our black sisters, you can’t help but be thrilled.

You cant argue less that it’s a perfect time to be a black woman. I feel it every time I walk past black women speaking in their native dialects, when I sniff in the aroma of delicious local soups from their cooking pots, feel the energy they exert at work and in their homes, seeing their gorgeous bodies covered in adorable local Ankara, Aso-oke, Kente and other fabrics.

Well, to get  your black woman ego and pride a little bloated.

Check out this amazing inventions and the stellar brains behind them. 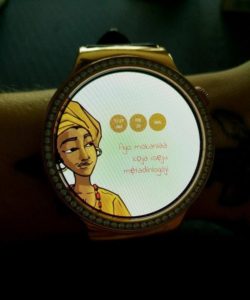 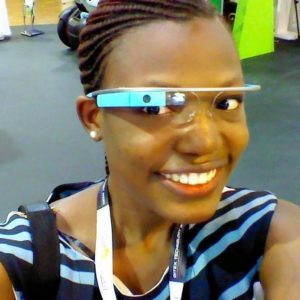 Have you ever thought about having a wrist watch that tells you the time in Yoruba language?  I bet you feel it can only happen in ‘Black Panther.’

Moyinoluwa Adeyemi has brought that narrative to reality by creating Yoruba watch faces app. This young tech enthusiast and software engineer gathered all the knowledge she gained from the Natural Language Processing classes she took while in school to create a way of telling the time in her local language.

This did not come about like the Big Bang theory. Valerie Thomas , a physicist, inventor, and NASA data analyst is the brain behind this. 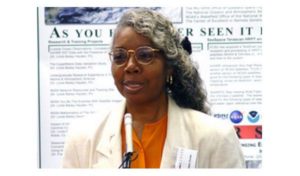 If you thought you liked the old presentations of images on television then you definitely ‘d love the advent of HD (Higher Definition) and if you loved HD then you its certain than you have fell head over heels in love with 3D.

However 5D is rocking right now.

3D is a technology that provides you with a three-in one dimensional visual real-life appearance when displayed in prints, computers or television. 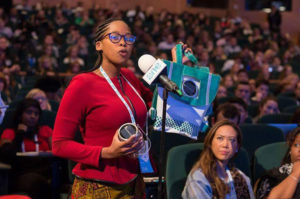 Kids in South Africa can now appear more visible and be safe on their walk from school after dark with gratitude to Thato Kgatlhanya, a twenty-one years old young woman who has created a green innovation from the mere use of recycled plastic bags. These recycled school bags double up as solar-powered lights that children can use to study at night.

Thato has a degree in Brand Building and Management from the The Vegas School of Brand Leadership and has interned for marketing guru and American best-selling author Seth Godin.

Perhaps you don’t need to be a clergywoman to make the blind see. 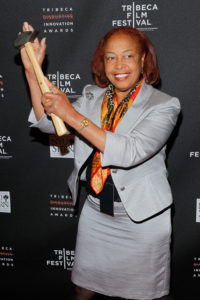 Dr. Patricia Bath has proved that by inventing the laserphaco probe, a device used for laser cataract surgery, removal of cataracts and has allowed for groundbreaking surgeries across the globe.

Growing up, Bath always battled with sexism, racism and poverty. It was hard for her since there were no black physicians that she knew of while she was growing up. She grew up in a predominantly black community where blacks were not accepted into many medical schools. It was also not easy for her to go to medical school since her family did not have the funds for it. Inspired by Albert Schweitzer’s work in medicine, Bath applied for and won a National Science Foundation Scholarship while attending high school; this led her to a research project at Yeshiva University and Harlem Hospital Center on connection between cancer, nutrition and stress which helped her interest in science shift to medicine

It might interest you to know that she is the first African-American female doctor to hold a medical patent.