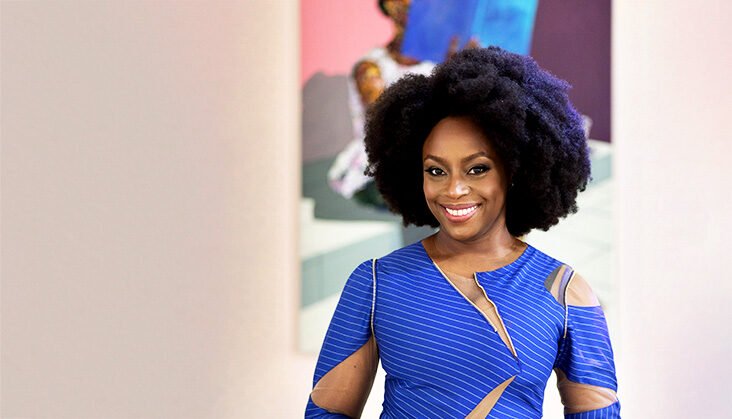 Globally renowned novelist, Chimamanda Ngozi Adichie is set to release a 35-paged short story titled, Zikora, in which she attempts capturing the experience of pregnancy and childbirth in women.

The book which is set to be released on October 27th will be available for free to prime members and Kindle unlimited subscribers as part of the Amazon Original series.

The author described the forthcoming pamphlet as a short story that shines the light on some challenges associated with pregnancy and childbirth.

The story follows the life of a female Nigerian lawyer in Washington DC after whom it is named, who was abandoned by her lover after she conceived. Zikora deals with the crash of her relationship after which her mother shows up to help her prepare for motherhood.

“All through the night, my mother sat near me but never touched me. Once, I screamed, a short scream that lanced the air in the hospital room,” the book reads in part.

“And she said, ‘That’s how labour is,’ in Igbo, and I wanted to say, ‘No shit,’ but of course she didn’t understand colloquial Americanisms. I had prepared for pain but this was not mere pain.

“It was something like pain and different from pain. It sat like fire in my back, spreading to my thighs, squeezing and crushing my insides, pulling downward, spiraling.

“Then came a wave of exhaustion, tiredness limp and bloodless. I was leaving my body. I could die. I could die here, now, today, like Chinyere died in a fancy Lagos hospital that had flat-screen TVs in the labour ward.

“It was her third childbirth and she was walking, chatting with the nurses, stopping to breathe through each contraction, and then mid-sentence, she paused and collapsed and died. She was my cousin’s cousin. I had not liked her but I had mourned her.”

Quoted From The Cable