African women are making strides and leading in all spheres of life especially in the corporate world. Forbes recently released its ninth annual ranking of the World’s Most Influential CMOs whose actions and words have impacted their organization internally as well as externally in their industry and in the world more broadly.

The list, which was developed in partnership with Sprinklr and LinkedIn, mentioned Africa’s own Bozoma Saint John at first position, Dara Treseder at third position, and Ukonwa Kuzi-Orizu Ojo at sixteenth position.

Below are their brief summaries and achievements as described by Forbes. 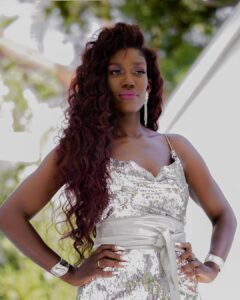 Many chief marketing officers have personal brands that are often attached to the company they work for. Bozoma Saint John’s brand goes far beyond Netflix, where she became CMO a little more than a year ago. In her first year at the streaming giant, she’s led a wide range of creative campaigns including a stunt for the premier of the series Money Heist, in which the company cut off fans from the internet to prevent them from sharing spoilers.

Prior to joining the streaming service in June 2020, Saint John led marketing at Endeavor, Uber and Apple Music. In January, she taught a weeklong virtual class at Harvard Business School about the power of authenticity. Saint John has also been a leader on issues related to diversity and equality. Last summer, she worked with Glennon Doyle and dozens of other celebrities on a collaborative campaign called #sharethemicnow to amplify Black voices across a wide range of white women’s Instagram accounts. Next year, she’ll publish The Urgent Life, a memoir about how losing her husband to cancer in 2013 had changed her outlook on life and the struggles that she faced along the way. 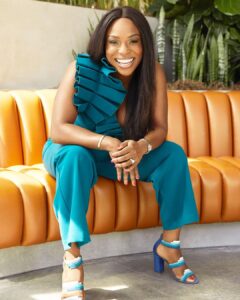 Born and raised in Nigeria, Treseder is an experienced marketing executive who cut her teeth at Goldman Sachs, Apple and GE. She joined Peloton in August 2020 and quickly made a mark, launching a buzzy partnership with Beyoncé and an ad campaign that centered around customers’ stories. In recent months, Treseder has had to navigate choppier waters as Peloton has recalled more than 125,000 treadmills following the death of a child. She’s vowing that the company is focused on its “North Star” and putting customers first. For this past summer’s Olympics, Treseder and Peloton created a campaign focused on promoting community rather than products: “It’s You. That Makes Us.”

“The Olympics are not just about the people who perform—they play a huge role, too—but it’s about everybody else,” she told Forbes in July. “The people who got them ready, the people cheering them on in the stands, the people watching on TV, the people who are celebrating this historic moment where the world comes together.” 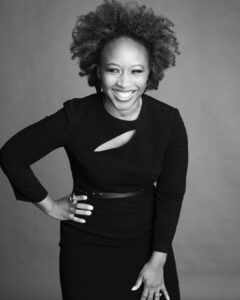 In her first year at Amazon, Ukonwa Kuzi-Orizu Ojo has led marketing for the company’s streaming and production companies during a time of rapid growth amid the ongoing streaming wars.

Along with promoting titles such as Borat 2 and The Tomorrow War, Ojo promoted Coming 2 America—a remake of the 1988 Eddie Murphy classic—with an expansive campaign ranging from a creative infomercial series to gold Prime Air plane to partnering with Black-owned businesses to a branded collection of makeup created in collaboration with celebrity stylist Zerina Akers. In May, she helped oversee marketing around Amazon’s $8.45 billion acquisition of MGM that gave Amazon the rights to the James Bond brand. To promote this year’s debut of Without Remorse starring Michael B. Jordan—the first Black actor to play Tom Clancy’s famous John Clark character—she helped orchestrate more than 100 drone deliveries to more than 100 veterans and military families in nearly a dozen countries to promote the global nature of the story. And this summer, a campaign for Cinderella staring Camilla Cabello included a collaboration with Mercedes-Benz.

Prior to joining Amazon in September 2020, Ojo was global CMO and SVP of M.A.C. Cosmetics and before that CMO of Covergirl following marketing roles at brands including Unilever and General Mills.

According to Forbes, this year’s list which includes 28 women, and 22 men were drawn from a pool of more than 500 CMOs and brands from across a wide range of Forbes list and external lists such as the World Federation of Advertisers and the Brand Finance Global 500. Candidates that were considered had to be active and in their role from at least January through May of 2021.