Adetola Adegbite has always been pretty determined. Her story, however, hasn’t come without challenges.

The Bowen University graduate who finished as an Accounting major 11 years ago left the country for greener pastures within a year after. Her guardian had promised to sponsor her departure from the country if she became a qualified chartered accountant within the space of a year. Adegbite, never one to waste an opportunity, made sure she was successful. Determined to leave, she passed in flying colours and was accepted into Hanken school of Economics in Finland.

After finishing her masters in 2013, her life did not go as planned. 3 weeks went past and she had several job applications thrown out due to her inability to speak the language. After discovering that back home in Nigeria, her mom was selling her gold to sustain her, she made the decision to head back to Nigeria and make the best of it.

She came back to the country and received an offer of internship to work in an oil and gas company. She would later turn in her resignation after 6 months as she had no interest in doing core accounting. After she resigned, none of her applications scaled through and 3 months after, bored stiff of sitting at a home, she volunteered to teach book-keeping in her principal mother’s school. Initially starting with teaching 2 arms of a class, it was later extended to 6 arms as the students seemed to enjoy her style of teaching.  Eventually, another school requested that she come on board and teach 11 arms from ss1-ss3 (Grade 10-Grade 12). She did this for 2 years.

Adetola would eventually be offered a job at Ringier Digital MarketIng, Nigeria as an account officer in July 2015

I had started out as an accounting officer, in 6 months, my job roles had expanded because I kept doing other people’s roles. 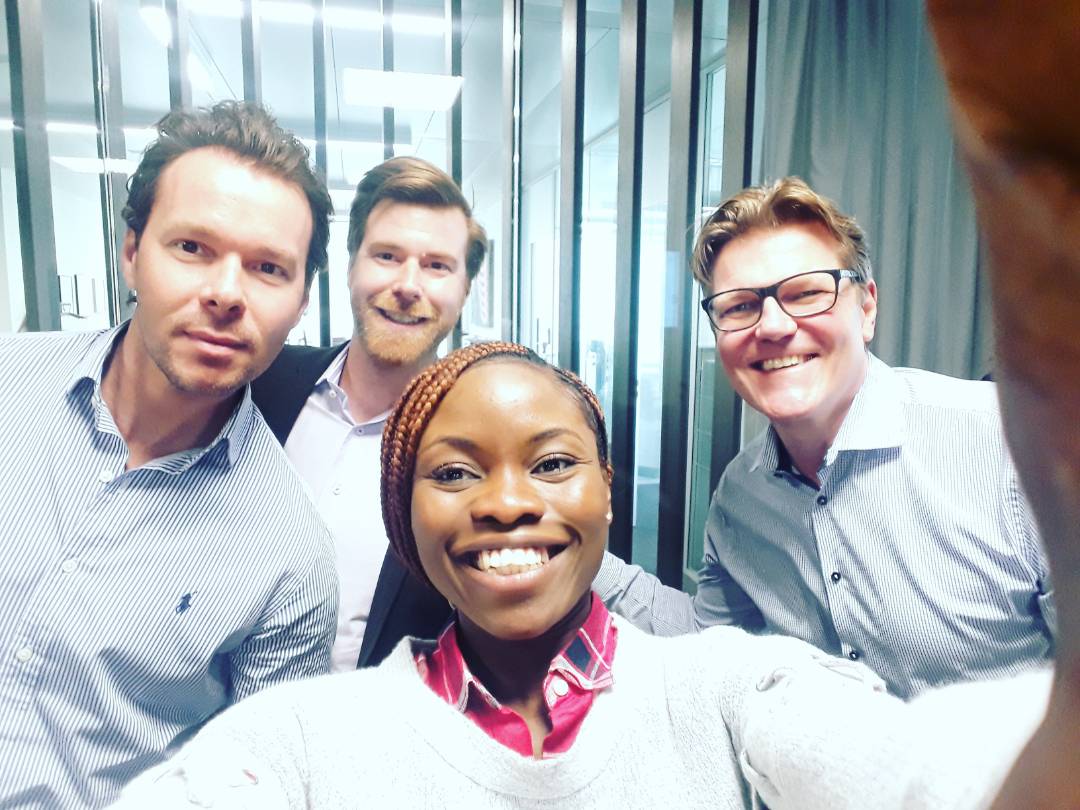 Exactly a year after, her boss called her in to try out for the Africa role. By this time, she had created a concise reporting system that other countries wanted so badly to implement. It seemed as though, it was “The Accounting Hack”.  To carry out this system of reporting in other countries, she officially received a promotion that would change her role from Accounting officer to ‘Head of Financial Intelligence, RDM Africa’.

In our sister company, two people were doing my role and by 2018, it was decided that I take on both their roles in addition to mine.

Amongst her many struggles to getting to the top, Adegbite describes her battle with her health as her biggest challenge so far. In September of 2016, she was diagnosed  with haemorrhagic cysts that were incredibly painful. During this time, she was in what-she-describes as the worst pain ever experienced in her life; Every day was painful to a great degree but she still ensured her work was done to the dismay of her colleagues who stated that her work ethic was even at its best at this point in time.

From their lips to God’s ears, she was offered the promotion. This time, she would be made ‘Head of Financial Intelligence Ringier Africa’ meaning that she would be supervising the financial teams in their sister company in Nigeria and other parts of Africa. 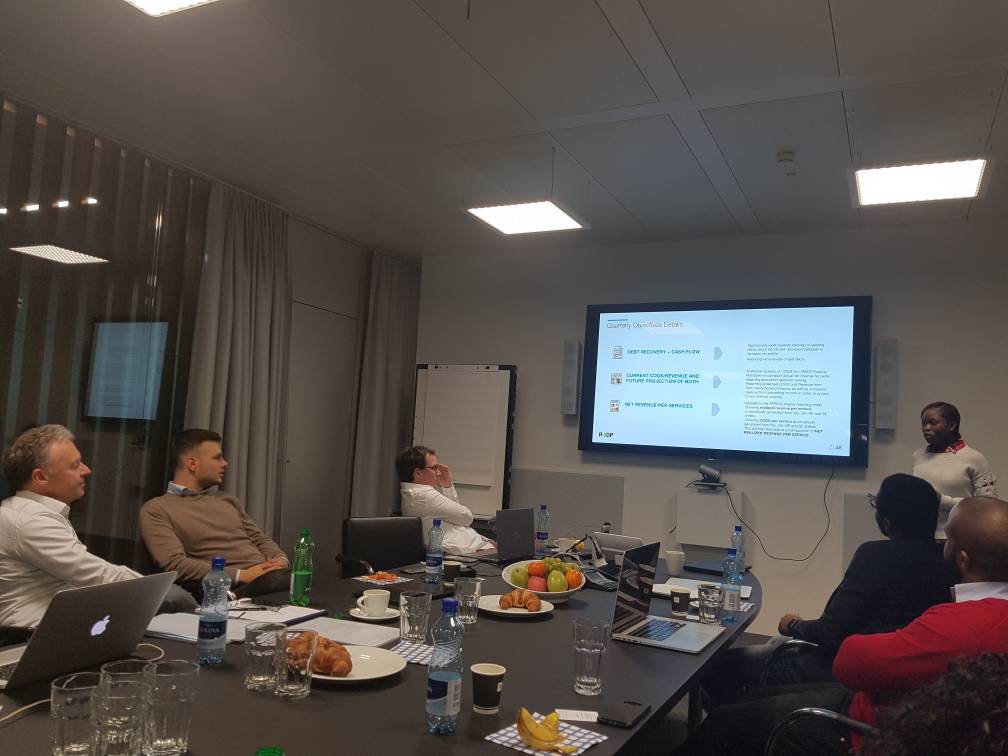 The three key factors that she maintains have aided her climb up the corporate ladder?

‘The difference between me and other people was that I was always reliable. Whether I was tired, unmotivated, you wouldn’t know because I made sure the quality of the work I was putting out never wavered.’

‘I’m not emotional about my career. If I feel like crying, I do so at home and then I walk into work the next day with a clearer mind’

There were times I wanted to give up but I was very in tune with the trajectory of my life. I knew I was aligning with God and that was all that counted. 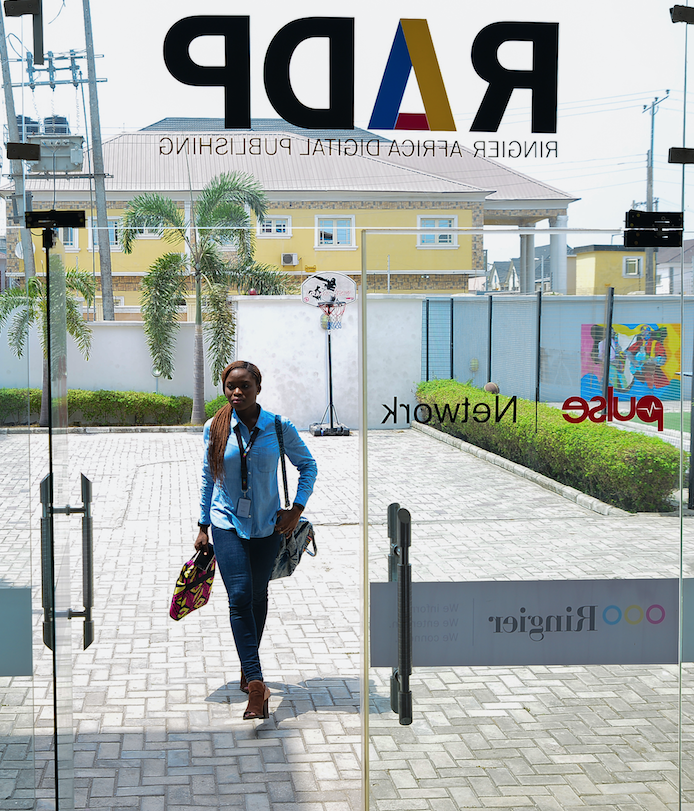 Without a doubt, her story has definitely been a roller coaster ride but as is clear, it hasn’t stopped her determination or her drive. When asked for her advice to women across the globe who felt that they were in a position much less than their worth, she had this to say:

“It can get difficult because people look down on you not because of your qualification but the role you’re playing. You have to remember that you are not your job role. Get connected to God so you can always be sure that you’re treading the right path. Always see the glass as half full by trusting the process and trusting in the timing. Never make comparisons, EVER! Do what you need to do in that time, prepare for the opportunity you so badly want by training yourself for the position because when it comes and believe me, it will come, you don’t want to be unprepared”.