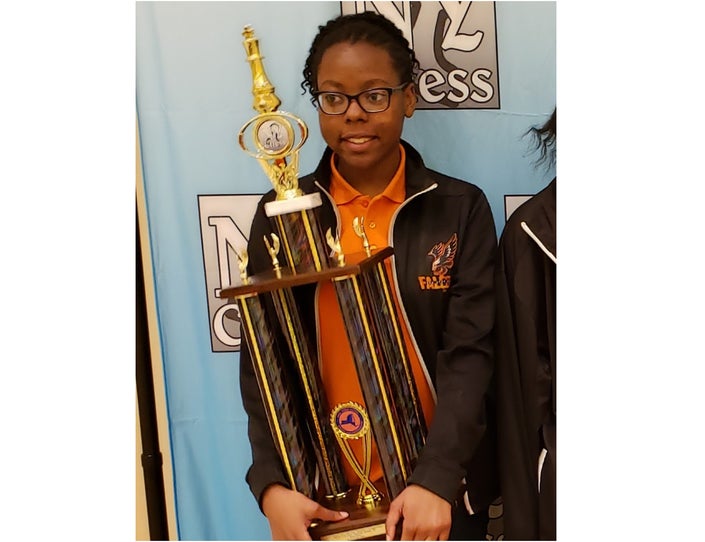 A 15-year-old Brooklyn chess champion was just awarded a $40,000 college scholarship as she aims to become the first Black woman chess master in the world, CBS New York reports.

Jessica Hyatt is one of the top 10 Black women chess players in the nation, dedicating five to seven hours a day playing the game. At just 15-years-old, she is very close to making history as the first Black woman chess master and was recently awarded the Daniel Feinberg Success in Chess Award, a $40,000 college scholarship. She joins other young Black chess champions like Nigerian refugee, Tanitoluwa “Tani” Adewumi and Cahree Myrick, in courting greatness before they were old enough to drive.

She’s currently a sophomore at Success Academy, a school known for its elite chess program. Just five years ago she met her coaches, Tyrell Harriott and David Mbonu, both National Masters, who took a liking to her immediately.

“The first thing she did right around when class was over is she walked up to me, and she was like, ‘Can I play you?’ and I remember, I was like, ‘oh.’ There has never been a Black woman player to break the master ranking and that’s what Jessica is going for,” Mbonu said.

As a result of the pandemic, Jessica is spending most of her time playing online. Her mom, Loy Allen, said she hopes Jessica’s story will inspire other young children of color.

“If your kid’s passionate enough about it, have them go for it because the sky’s the limit, right?” Allen said.

Jessica plans to reach her goal of chess master first, followed by applying to college at MIT with the hopes of teaching chess to children in her community.

Congratulations, Jessica! We can’t wait to cheer you on to your rightful title!